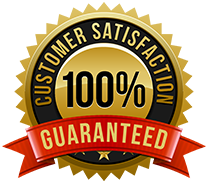 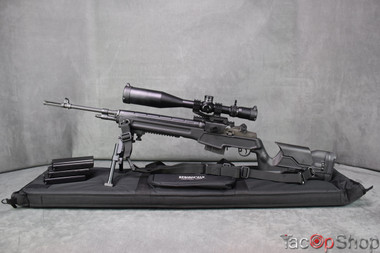 After World War II, the engineers at the US Government’s Springfield Armory® set about designing a replacement for the M1 Garand. In 1959, the US military adopted the resultant M14. The rugged reliability of the M14 coupled with its formidable 7.62×51 NATO cartridge left an enduring impression on America’s fighting forces despite its relatively short tenure. When it was replaced in 1970, the stage was set for the next step in its history.

In 1974, the Reese family ensured that the legacy of the M14 would live on. Springfield Armory® in Geneseo, Illinois began offering a civilian legal semi-automatic version known as the M1A™. Powerful, accurate and reliable, M1A’s™ were soon found dominating the National Matches at Camp Perry. Shooters across the country discovered the versatility and enjoyable satisfaction of owning an M1A™.
Every accessory you need is included in this quality build! Springfield built the M1A in the image of the WWII M1 Garand..what Gen. Patton called, the greatest war implement ever devised. This M1A sniper rifles is a modernized version of that rifle, but with all the top-shelf accessories you need to accurize out to 800+ yards! Everything you see is included, plus 3 Thermold Magazines to round it off! The Archangel stock is fully adjustable and adds several accessory mount-points no included in stock Springfield rifles.
The Springfield M1A precision rifle stock is a fully adjustable synthetic stock. Constructed of lightweight and durable carbon reinforced polymer. The stock features a thumb wheel adjustable cheek riser. The length of pull is adjustable from 13-5/8" to 14-13/16". The stock features 4 quick detach push-button sling swivel mounts, two on the right side and two on the left side of the stock and two standard QD sling swivels on the bottom of the stock. The pistol grip features a storage compartment and the forend has an integrated picatinny accessory rail.
Technical Specifications

Please note that we have made a change to include the Athlon Argos scope, not the scope that is mounted in the picture.  Refer to the product description for more scope information:  https://tacopshop.com/athlon-argos-6-24x50-btr/

This product hasn't received any reviews yet. Be the first to review this product!

All prices are in USD.